After having her name inscribed in golden letters in the Indian Sports history, with a win at the Rio Olympics 2016, PV Sindhu is persisting with her winning streak. Just last week we could not stop celebrating her fantastic win at the China Open final and now she is set to take on Taiwan’s Tai Tzu Ying in the final of Hong Kong Open Series, scheduled for today. Many are praying for her yet another resounding win at this major tournament. Clearly, there is no stopping Sindhu and we are sure that Hong Kong too will witness the phenomenon Sindhu unfold today.
Commemorating the grit and determination of this outstanding sportswoman India has produced, Team FabFit revisits her moment of the Olympic silver. Having cheered her with every breath at the Rio Olympics, every Indian swells with pride each time he/she mentions PV Sindhu in a conversation.  At such a young age, this singles player has become a sports sensation and is being eyed as the future of Indian sports.
Despite missing a gold at the Olympics, the humble gesture Sindhu extended towards her match opponent, Spain’s Carolina Marin, showed the real character of this young achiever. Gopichand in an interview with Arnab Goswami says,

“I think these are things which are not really coached…It’s the person she is and it is really beautiful to see that come out.. ”

Lauded with accolades and gifts from all over the country expressing their gratitude and appreciation, Sindhu was entitled to receive a BMW from V Chamundeshwarnath, president of the Hyderabad District Badminton Association, 1 crore from the Telangana government, 50 lakh from the Badminton Association of India and M.P. Government each and the list went on.
The five feet ten inches tall Sindhu says in an interview with iDream Sports,

“Many people told me, you have got a good structure and you are tall… I like photo shoots because of different dresses and stuff around, but I want to focus on Badminton”

And you have all the reason to focus Sindhu. Although we would not mind seeing you on some magazine covers or on the ramp may be once in a while (or more).
Here is an interview that PV Sindhu gave after her silver-win at the 2016 Olympics.
https://www.youtube.com/watch?v=bWRyg5G6rrk

Knowing about such a phenomenon is ever inspiring. Many budding sportswomen in the country must be following her closely. Here’s something for them, a small nugget of wisdom we caught from one of her interviews… she said,

“I just went and gave my best” 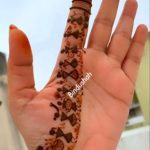 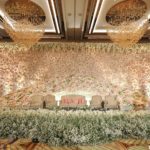 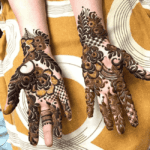 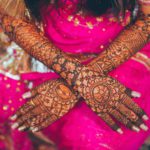